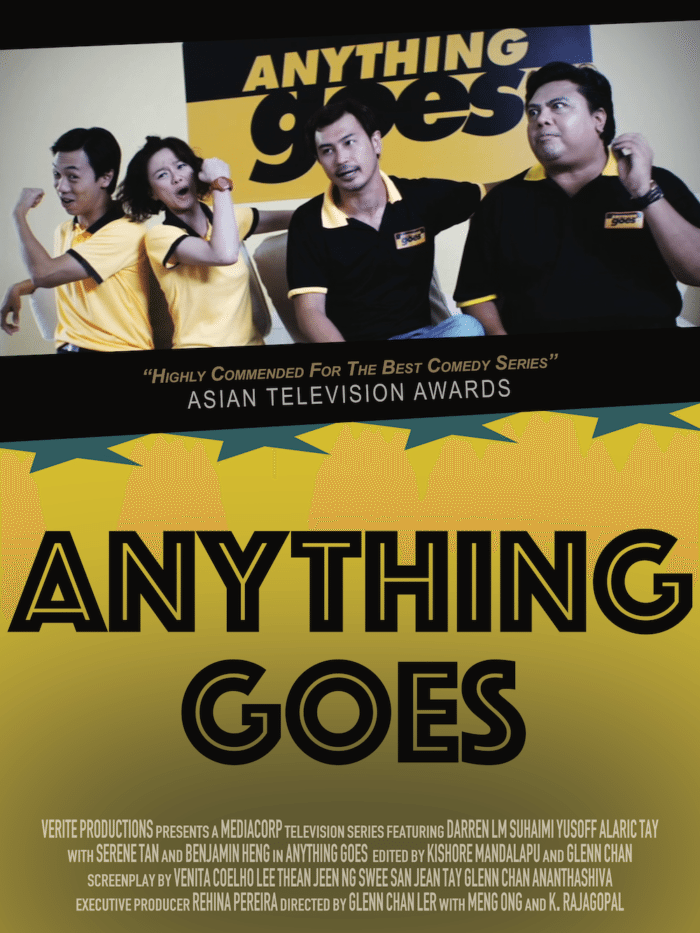 A series spin-off from Verite’s telemovie Delivering Suzy, Anything Goes is a 13-part dramedy series that has magic and madness. It is a rib-tickling series with both heart and soul.

In this hilarious comedy series, single father Jason (Darren Lim), Suzy (Jessica Cuipa) and Yusof (Suhaimi Yusof) with inimitable comic chemistry deliver strange goods to stranger people, resulting in rib-tickling situations. Centred around the delivery service with the tagline ‘Anything Goes!’, Jason and his crew (Alaric Tay and Benjamin Heng) have to make near-impossible deliveries with sidesplitting results as they get embroiled in countless adventures and meet wacky characters along the way!

The company is a second chance at life for Jason who has moved back to Singapore to start a new life with his daughter Suzy.
Every episode will be about a new delivery. The side-story features Serene (Mindee Ong), the tomboy, who has a secret crush on Jason.

See all our work

Walk in and say hello